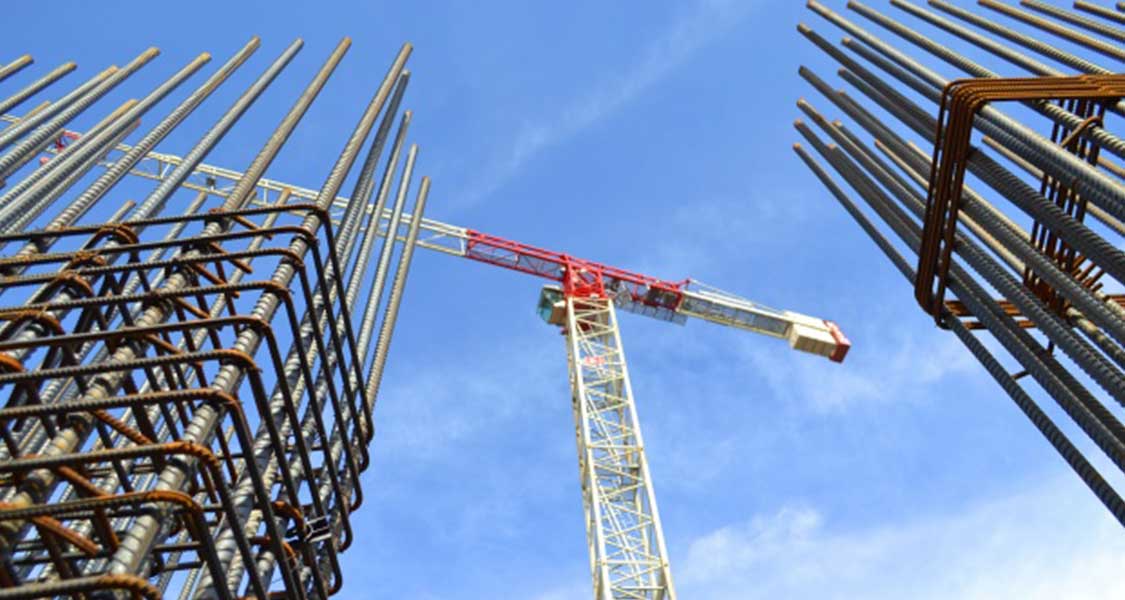 How RERA is implemented in Karnataka, and why they may face issues in future

It’s important to be buyer friendly. But for a state whose GSDP depends on real estate, it’s also crucial to ensure that the growth of the sector is not stifled.

By 2030, a majority of Karnataka’s population will be living in cities. In this scenario, the need for a robust real estate sector to meet the demands of housing and commercial spaces cannot be overstated. Over the last couple of years however, the focus of the central government has been on regulating and cleansing the real estate sector of several of its longstanding ills such as corruption, fraud, and delay. One of the most important measures in this direction is the Real Estate (Regulation and Development) Act, 2016 (RERA/the Act), aimed at increasing accountability and transparency in the sector. The Act is undoubtedly a welcome step, which is sure to benefit all stakeholders in the long run. However, the RERA regime in combination with demonetization and GST seems to have had an untimely negative impact on the growth of the sector.

As per the Union Economic Survey (2017-18), real estate is the only service sector showing signs of stress due to low sales, growing by only 4.4% in 2015-16 (down from 7.5% in 2013-14). In light of this, it is pertinent that the governments, particularly the state government in Karnataka, where the sector contributes the highest (35%) to the Gross State Domestic Product, take steps to address the sector’s genuine concerns, which continue to stifle its growth.

Law at present and its implementation

Under RERA, the developers/promoters are held to high standards of accountability and liability. The promoters are required to disclose property details, approval status, development plans and timelines of all ‘ongoing’ projects to the Authority set up under the Act, after which the project is granted registration. Unless registered, the promoters are barred from advertising their projects to potential buyers.

Further, the liability provisions provide for both hefty fines and imprisonment in case of breach of undertakings and violation of the Act. Even though a few states have been criticized for a watered-down definition of ‘ongoing projects’ under their respective state rules, so as to enable few developers to escape the application of the Act, by and large, the states, as well as the judiciary, have shown an inclination to implement this buyer-friendly law.

Karnataka was one of the first few states to promulgate rules and establish an online portal for registering projects and filing complaints. Though it is yet to appoint a permanent RERA Authority, the government has appointed the Principal Secretary, Department of Housing as an Interim Authority (“KRERA Authority”) and Karnataka Appellate Tribunal as an Interim Appellate Tribunal. In terms of the number of projects registered, Karnataka RERA (KRERA) is next only to Maharashtra RERA (MahaRERA) with more than a thousand ongoing projects registered. The KRERA portal also contains a list of rejected projects and projects under inquiry, thereby sufficiently warning potential buyers.

In addition to the above, further insight into KERA’s buyer-friendly approach can be seen from the nature of orders passed by the Authority. Recently, orders passed by the KRERA Authority in 40 complaints have been made public. A perusal of these orders shows that of the 40 complaints, 26 (65%) have been settled through a compromise petition between the buyers and the builders, six have been withdrawn after the builders refunded the advance amount paid by the buyers, and the rest have either been annulled or withdrawn on the ground of lack of a dispute which needs adjudication.

Unfortunately, most of the orders based on compromise petitions have failed to record details of the compromise, leaving a blind spot on the bargaining equations between the parties. However, in a few orders where the details are forthcoming, it is seen that the builders’ approach towards the RERA Authority is in stark contrast to their near indifferent attitude towards complaints before the consumer protection forums. For instance, in one of the compromises, the builder has agreed to pay nearly Rs 53 lakh to the buyer, not only refunding the advance amount paid but also making good the costs incurred by the buyer in repaying loan interest amount and taxes. In another, the builder has repaid the advance amount paid by the buyer along with 10% interest.

The above shows that the KRERA Authority has definitely tilted the scales of justice in favor of the buyers. To put it in perspective, a study of the orders passed by the Punjab RERA Authority reveals that of the 36 published orders, 30 of them have either been dismissed or withdrawn on the ground that the projects on which the complaints are based, are not registered, and are hence beyond the Authority’s jurisdiction; Punjab RERA has only 400 odd projects registered till date. On the other hand, KRERA has nearly 1400 projects registered and almost all the orders passed by the KRERA Authority are in favour of the buyers.

Undisputedly, KRERA Authority deserves to be credited for implementing one of the stated objectives of the Act – ‘to protect the interest of consumers in the real estate sector’, both in letter and spirit.

However, the Authority should also guard itself against creating a completely one-sided regime, in the interest of long term sustenance of the confidence of all stakeholders. One of the ways of balancing the scale is to pay due attention to the hitherto neglected objective of the Act –  ‘regulation and promotion of the real estate sector’.

The change in builders’ approach and their amenability to enter into compromise petitions under KRERA can be attributed to the manner in which the RERA Authority is currently structured. Under the RERA regime, builders are entirely dependent on the Authority to get their projects registered, only after which can they advertise and enter into sale agreements. When the same Authority doubles as an adjudicator, there is but obvious pressure on the builder to not appear to be evasive or outrightly dismissive of the buyers’ interests. Further, in the opinion of a few legal practitioners who have appeared before the KRERA Authority, the Authority currently functions more as a conciliator rather than an adjudicator, lacking in the clear procedure for such conciliation, making the whole affair informal.

Therefore, it is pertinent that a detailed procedure is laid down to deal with the complaints registered with the KRERA Authority, which inspires confidence in both the buyer and the builder community. Further, in recognition of the conciliatory role that the KRERA Authority is most likely to play, a separate conciliation forum may be set up. MahaRERA has recently set up a ‘Conciliation and Dispute Resolution Forum’, which has representation from builders and consumers’ associations.

The Authority must also fulfill its mandate as laid down under Section 32 of the Act, whereby it is entrusted with the responsibility of making recommendations to the state governments for creation of:

(i) a single window system for time bound project approvals; and

(ii) a transparent and a robust grievance redressal mechanism against acts of omission and commission of competent authorities and their officials.

The streamlining of the approval system has been a long-standing demand of the real estate sector. The builders are presently at the mercy of state agencies which are in charge of granting approvals at various stages of a development project. In Bengaluru, as per one reputed builder, it takes nearly 2 years to obtain all the approvals from multiple authorities before a builder can begin construction. In addition to the delay and uncertainty, the builders also incur additional cost due to corruption, all of which gets passed on to the buyers.

As a first step towards the above, the state government must appoint a permanent RERA Authority which will be entrusted with a time-bound task of proposing an online single window system for approvals and a grievance redressal mechanism for builders under the RERA regime. This will not only reduce the red-tapism impeding the growth of real estate sector but also ensure long term sustenance of the buyer-friendly approach adopted by the KRERA Authority. 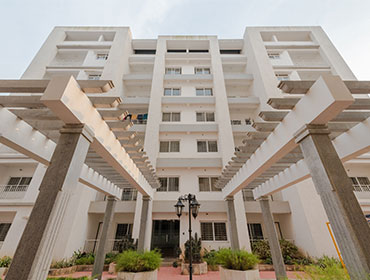 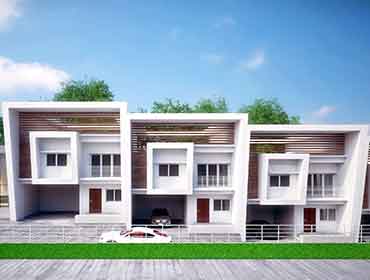 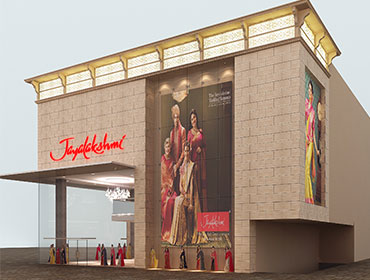 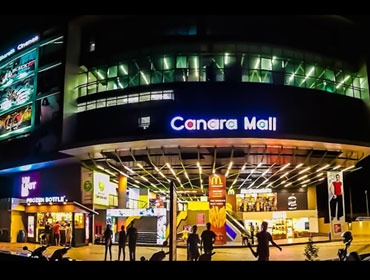 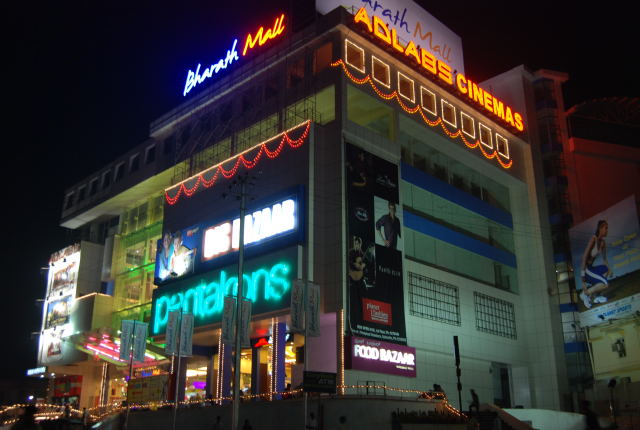 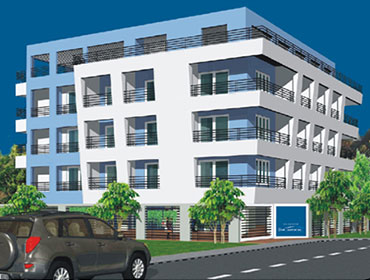